The Isolation Collection for UKRAINE 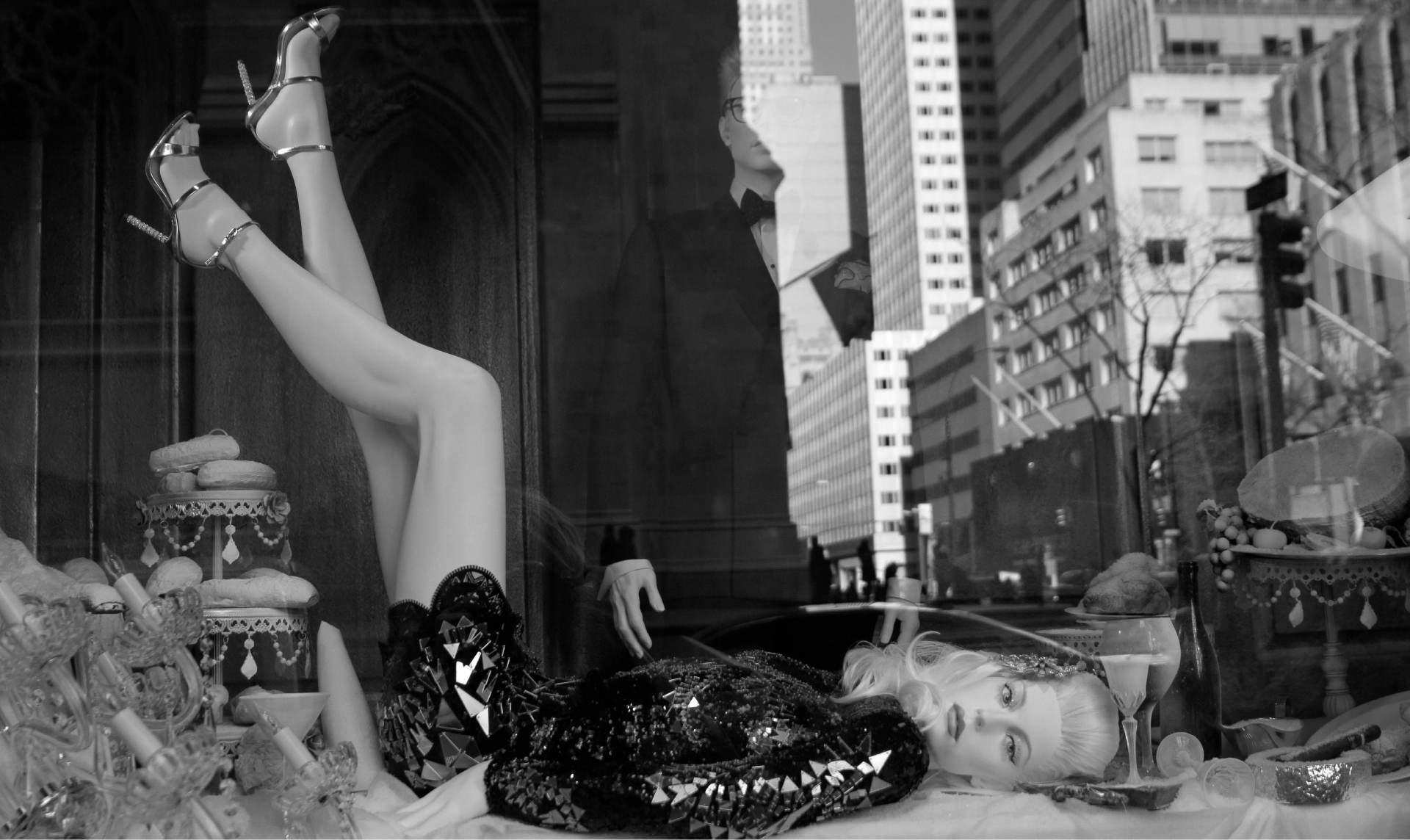 NEW YORK CITY DECADENCE IN A WINDOW WITH REFLECTION

NEW YORK CITY DECADENCE IN A WINDOW WITH REFLECTION 2016: A photo I took in NYC in 2016: I was daydreaming walking down the street in New York uptown and met a beautiful mannequin in a window. We flirted together and ended up having a wild night together. I woke up delirious the next morning and wondered if it was a dream or not…… REAL STORY After my day dream I continued walking to the Museum of Modern Art. I had a meeting to speak to the curators of the upcoming Club 57 exhibition about which photos to include in the exhibition. I was running late, but I saw this mannequin in the window and it was the perfect time of the day with light reflecting on the window of the buildings of New York City with the image of the lovely mannequin kicking her feet in the air and her well dressed protector in a tux in the background. It was a moment and I caught it.

Reserve "NEW YORK CITY DECADENCE IN A WINDOW WITH REFLECTION "

If you are interested in this artwork please fill out the form below and wait for a confirmation of reservation from us. You will also receive instructions about your donation - including proposed recipients. We will then mark the piece as reserved for you for 72 hours.
Next, once we receive a proof of donation from you, we will mark the artwork as sold and put you in touch with the artist so that you can arrange shipping.
The shipping fees are not included and will be charged to you. Please include your location so that we can help you evaluate shipping fees.

>>> View next work by Robert Carrithers

BACK TO THE EXHIBITION